I have thought about doing this post for a long time. People often ask me where I get my inspiration. They ask me what photo books to buy or what cameras. They ask me how I decide such things.

Truth of the matter is, I try not to think about much of either. Photographically, the two photographers that have most influenced me aren’t named Bresson or Moriyama.

This is the photo that really made me start to take photography seriously. I still remember the first time I saw it. I’m sure other people have had similar moments. For me, photography started on Flickr. I made a flickr account as a way to share photos with some friends from home who also were using the site. One night, while researching my next camera purchase (I had some serious GAS back in those days) I stumbled upon the photos of Junku Nishimura. I can’t remember what the first photo was I saw, but I remember very clearly when I saw this one. There isn’t an easy way to explain why it hit me like it did aside from saying it did. I have a tattoo of this photo now, ha.

Fast forward years later and I would point to Junku’s photos as those that have influenced me the most. His photography is personal. He does street photography, sure, but he also photographs the people and places around him. I always get the sense from his photos that he is photographing for himself. I get the sense that the photos he takes in the street he takes simply because that is where he finds himself. I dig that.

Junku and I eventually became friends. I am certainly honored by this. I think I’m most directly influenced by people around me. I like the guy, and love his mindset. He loves music, and I can almost see the beats in his photos. I envy his rhythms. I envy the fact that when I look at a photo he took in 2007 it is as certainly his as one he took yesterday. I envy the fact that he doesn’t give a shit about gear. One camera dies, he gets another. One film stops being produced, he starts using another.

I really envy the fact that he doesn’t live and die by such things. I have friends who talk of nothing but gear. I am still guilty of this. The problem is, when I look back at my photos they change stylistically so much from year to year and even month to month. This, I think is directly related to the amount of cameras I have used. While cameras don’t mean much when it comes to creating a style it is hard to argue that a camera doesn’t have its own character. I think this is even more the case for lenses. Junku has used a 50mm lens for years. Mostly the same one, in fact. It certainly helps in maintaining a consistent look.

Aside from his consistency, I think the thing I appreciate the most about Junku’s work is the fact that it is so very personal. I don’t think you can call him a street photographer or a documentary photographer. He is simply a dude who likes taking photos.

This kinda leads into the other photographer I’ve gotten the most inspiration from. As weird as it may sound, I love colour photos. Easily my favorite colour photographer is Sean Lotman. His psychedelic style is one I get lost in. I’ve probably seen his entire Flickr stream 5 or more times because when I start with one photo I invariably end up looking through the rest of them.

While it may seem I limit my inspiration to Japan based on this post I think it is just coincidence. I found Sean’s photos after our mutual friend Eric Kim directed each of us to each other’s work. I still remember the way I felt when I first saw Sean’s photos.

I felt like that. I felt like creating the body of work he has is the reason I do this. I look at his photos and imagine his family’s photo album. He, like Junku takes a lot of photos of friends and family. I love this. I love the idea that the photos he takes seems to be taken because he happens to have a camera. Even today, I looked through his stream and felt as amazed as I did the first time.

One thing I love about both Sean and Junku’s work is that it really doesn’t matter where they are in the world. It doesn’t matter if they are in Japan or Europe or wherever the photos they produce are theirs. It is like seeing the world through their filter. I love that.

I don’t want to call either of these guys selfish, and I hope this next paragraph doesn’t get taken out of context. They photograph in a selfish way. Sean’s photos are mostly certainly taken for him and I think that is something I’ve always taken from his work. I could be way off base, but when I see his photos that is how I feel. Personal memories. They just happen to be done in a way the rest of us couldn’t dream to.

The strangest thing about talking about these two guys is that even though stylistically they differ so much I think their philosophy is quite similar. Also, I think it is no coincidence that these are the two photographers I like the most because I think my own philosophy on photography is similar. Sean writes poetry (and other things) and has it accompany his photography and I love that. I suppose, that is what this blog is for me and why I write these things.

I originally set out to write this post as a “five things I’ve learned from these modern masters” but somehow I didn’t feel like that was the right way to do it. Too impersonal a way to describe how much these two guy’s work has meant to me. If you haven’t heard of them before (although I’m sure you have) please check them out. We live in a wonderful time where we can discover inspiration in ways such as this. It is made even more wonderful by the fact that I can call both my friends. 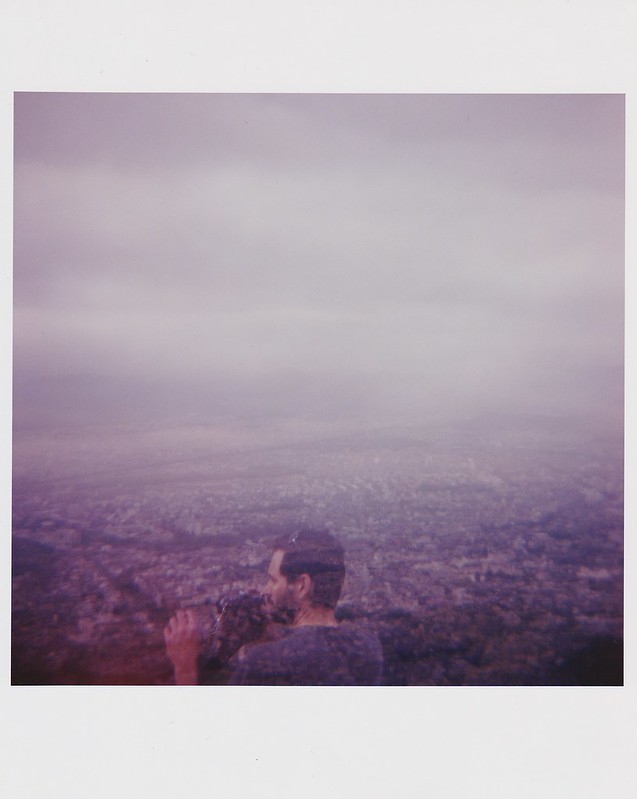